The Earl Next Door

Lord Maxwell Brandon is a flawed man. He lives daily with the ugly memories of the death and destruction he witnessed during England’s war with Napoleon. He has become a recluse, avoids people as much as he can, knowing anything can trigger the anxiety attacks that debilitate him. His only solace is the controversial column he writes anonymously for his brother’s newspaper, and the occasional glimpse of his enchanting neighbor, Lilliana.

Lilliana Staplehurst is about to be evicted. Having lost her parents in a horrible accident six months earlier, she knows the man set to inherit will be arriving any day to boot her from her home. The only distraction from her woes is her weekly correspondence with a mystery man who writes for the local newspaper. When he suggests they meet, she jumps at the chance to put the egotistical man in his place.

The two neighbors realize quickly they are destined to be together. Although they accept their feelings for one another and allow their love to grow, soon the memories from Maxwell’s past threaten what should be a happily-ever-after. Lilliana will have to be strong enough for both of them, to help him move beyond the past and embrace their future happiness.

I love to write, but not about myself.

I love to write, and my stories will always have a happily ever after. I’m not a writer of angst, ‘cuz I’m a light at the end of the tunnel, glass half-full kind of a gal.

I love to write. It doesn’t matter if the setting is 1815 Regency London, 1850 Industrial Revolution Manchester, 1920 on a farm in Nebraska or 2015 in Chicago. To me, it’s all about the story, the characters and the romance.

I love to write, but not erotica. I’m an old fashioned gal. That doesn’t mean my stories don’t have sexual tension and loads of romance. It means I focus on love, not lust, long-term commitments, not one-night stands.

I love to write. I hope you love what I have written.

The Magic of Murder

When his partner is discovered in a frozen alley with eight bullets in his chest, Niagara Falls Police Detective Roger Frey swears vengeance. But Detective Chief Woodward has forbidden him or anyone else on the detective squad to work the case. Emlyn Goode knows Roger will disobey his boss, which will cost him his job and his freedom. Because she cares for him more than she’ll admit, she needs to stop him. Desperate, she can think of but one way.

Emlyn recently learned she’s a direct descendent of a woman hanged as a witch in 1692. She has a book filled with arcane recipes and chants passed down through her family. Possessed of, or perhaps by a vivid imagination, she intends to use these to solve Jimmy’s murder before Roger takes revenge on the killer. But she’s new to this “witch thing,” and needs help from her friend Rebecca Nurse, whose ancestor also took a short drop from a Salem tree. Also in the mix is a rather hefty albino cat (Elvira detests being called fat). Rebecca’s not much better at deciphering the ancient directions, and while the women and the cat stumble over spell after spell, the number possible killers grows. They’d better quickly come up with a workable spell: when Chief Woodward’s wife is shot and a bottle bomb bursts through Emlyn’s window, it becomes clear she’s next on the killer’s list.

What People Are Saying

“This book pulled me right in. I think it must have been the fact that Susan Lynn Solomon puts her characters first. The story revolves around the murder of a Niagara Falls Police officer… The adventure that ensues is absolutely entertaining and well-written. It is funny, exciting, and fast-paced. Every character has depth and is…believable. The Magic of Murder is one fun read and is definitely worthy of all 5 stars.”
—Frederick Crook, author, Of Knight & Devil

Suspense, humor, compelling characters, a dash of the supernatural dating back to Salem, a powerful sense of place, and Emlyn Goode, a passionate and determined woman new to witchcraft and murder. Susan Lynn Solomon captures both the city of Niagara Falls and its quirkiest resident, an unusual sleuth. The magic of Murder is a winner ad, we hope, only the first appearance of Emlyn Goode.
—Gary Earl Ross, author of Blackbird Rising and the Edgar Award-winning Matter of Intent

Formerly a Manhattan entertainment attorney, and then a contributing editor to the quarterly art magazine SunStorm Fine Art, Susan Lynn Solomon now lives in Niagara Falls, New York, where she is in charge of legal and financial affairs for a management consulting firm.

After moving to Niagara Falls she became a member of Just Buffalo Literary Center’s Writers Critique Group, and since 2009 a number of her short stories have appeared in literary journals, including, Abigail Bender (awarded an Honorable Mention in a Writer’s Journal short romance competition), Witches Gumbo, Ginger Man, The Memory Tree, Elvira, Second Hand, Sabbath (nominated for 2013 Best of the Net by the editor of Prick of the Spindle), and Kaddish.

Her latest short stories are Going Home, which appeared in the October 19 issue of Flash Fiction Press, Captive Soul, which is included in Solstice Publishing’s Halloween anthology, Now I Lay Me Down To Sleep, Volume 1, and Yesterday’s Wings, about a woman searching for the courage of her past, appears in the October 2015 edition of, Imitation Fruit.

A World War II Romance (Promise for Tomorrow) (Volume One)

Widowed seamstress Heidi Wetzel finds new meaning in life by caring for evacuated children on a farm in war-torn western Germany. Never a supporter of National Socialism, she takes pleasure in passive resistance, but must exercise caution around neighbors who delight in reporting to the Gestapo. Having lived in the United States, she wonders about her friend Rachel.

Flying cadet Paul Braedel’s wife dies while he trains for the U.S. Army Air Corps. Following bereavement leave, he joins a navigation class. He’s lost his zest for life and heads to England, not caring if he lives or dies.

When he and his crew are shot down over Germany, he evades capture and, for the first time since Rachel’s death, hears the voice of God whisper guidance. “Find Heidi.”

Heidi meets a man she recognizes from her high school days in America. Aiding a downed airman is punishable by execution, but she agrees to help.

She takes him to the farm to pose as a convalescing German soldier. Through her brother’s underground contacts, Paul acquires German ID papers. Before he can journey along an escape route, they’re betrayed and the Gestapo comes calling. Together, Paul and Heidi flee across Germany in a desperate journey for Allied lines.

Terri Wangard grew up in Green Bay, Wisconsin, where a favorite activity was visiting the North Branch of the public library. Her first Girl Scout badge was the Writer. Holder of a bachelor’s degree in history and a master’s degree in library science, she began writing historical fiction after reading Debbie Macomber’s “Twenty Wishes.” She won the 2013 Writers on the Storm contest and 2013 First Impressions, as well as being a 2012 Genesis finalist. Her writing research included going for a ride in a WWII B-17 Flying Fortress bomber. 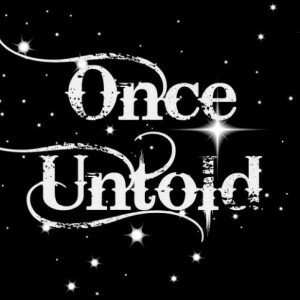