akes up a job at the local aquarium, her colleagues warn her about their harsh boss, Mr. Carter Jones. She soon discovers how impatient he can be, but she also can’t deny her fascination and attraction to him. Carter can’t stop watching Tara as she works but holds back from her because of his secrets. If she knew what he was, she would never want him. Could the reason for Carter’s moods be related to something more troubling than what’s on the surface? Tara soon discovers Carter’s secret, and it only bonds them closer. But the curse starts to take over Carter’s life, and he won’t give his heart to a beautiful woman when he can only cause her pain.

Kathy loves reading and writing even more. She homeschools her three kids, so in between unsuccessfully explaining the difference between subject and predicate or how to divide fractions, she enters an imaginary world of troubled and passionate characters whose stories take over the page. Kathy lives in Kwazulu Natal, South Africa, where the summers are hot, the winters cool, and bugs thrive. Her first published novel, Wedding Gown Girl, came out in 2012 with Astraea Press. She belongs to the Romance Writers of South Africa Group (ROSA) which has been her greatest support and inspiration the last few years. 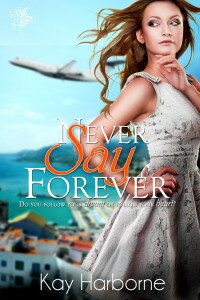 ssman Jake Newman. It’s obvious that he’s as attracted to her as she is to him. But Kendall has vowed to never get married – and it seems that Jake, too, is determined to never commit. When the two are together however sparks fly and it’s obvious to everyone except themselves that they’re meant to be together. Can Kendall trust Jake enough to give him her heart? And if she does will she have to say goodbye to her dream? 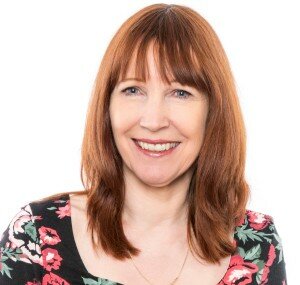 written several romance stories for women’s magazines. Her romance novel The Millionaire Plan was nominated for the RONE Award earlier this year. Never Say Forever was originally published by as a People’s Friend Pocket Novel, then in large print by Linford Romance. She is delighted that Astraea Press have republished it.  Kay has also written many children’s books under the name of Karen King. She loves reading, writing and eating chocolate. 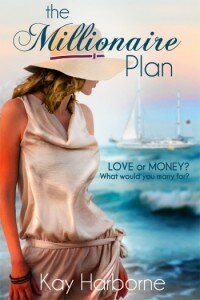 LOVE or MONEY? What would you marry for?

Amber Wynters is on a mission to find a millionaire to marry – and fast. Her parents are nearly bankrupt and forced to sell the family home, a beautiful Tudor house that had been in the family for generations. And it’s all thanks to Amber’s ex-fiancé Rod persuading them to invest in his dodgy shares. So armed with a ‘How to Hook a Millionaire’ Book and a ten point plan, she sets off to hook herself a rich husband. Then she meets the drop-dead gorgeous Jed Curtess. The attraction between them is sizzling but Jed is only a hired hand on one of the millionaire’s yachts. Can Amber ignore her heart and follow her plan?

“The rules at the start of each chapter were humorous when compared to Amber’s actions.   Amber runs into Jed, literally, who works on his boss’ yacht.   Amber feels freedom to be herself around Jed and asks for his help after revealing her plan to him. The romance may have developed quickly but it felt real in how they spent time doing the little things together and enjoying each other’s company. Jed was totally endearing to me and I felt his relationship with his sister made him an even better man. Since I am a dog lover, the scene with Tess was precious to me.  I enjoyed The Millionaire Plan and will look for more books by Kay Harborne. I loved the cover.”

“The Millionaire Plan” is a modern twist on a “rags-to-riches” story, where the girl has to decide if she wants to marry for money or for love. Although the trope has already been played to distraction, the love triangle between Amber, Jed, and Randy teases the reader just enough to make it interesting, leaving no clue as to who Amber will choose.  The developing romance between Amber and Jed is also well done, with both characters helpless in the face of their mutual attraction.  Ultimately Amber must discover where her heart truly lies and decide if the cost is worth it.  Now who could resist a love story like that?”

Kay has written several romance stories for women’s magazines and had two romance novels published, The Millionaire Plan and Never Say Forever. The Millionaire Plan was nominated for the RONE Award in 2014. Kay has also had many children’s books published under the name of Karen King and written for numerous children’s magazines such as Thomas the Tank Engine and Winnie the Pooh.  She has a BA (Open) degree and many years of experience as a writing tutor. Kay loves reading, writing and eating chocolate.