Tell Us A Little Bit About Yourself!

My first notebook entries were scribbles on a rainbow tablet when I was four years old. I have loved writing ever since. In the early 1990s, I started a local writer’s group “Quill and Thought” to inspire others. Guess what? The feedback and insights of the other writers inspired me!  I started working on a relationship cookbook, Keeping It Hot, with my husband, but with both of us working fulltime, I tucked the manuscript away and never finished it.

In 2000, when my husband died unexpectedly, the loss shattered my life. To heal the grief I wrote in journals. Several years later, I realized I had a story worth sharing. After seven years of writing and numerous working titles, I completed a draft of my memoir, but wasn’t sure I wanted to share my personal story with the world. In 2009, I attended a writers’ conference in La Jolla, California and read an excerpt about selling my husband’s piano. The positive feedback I received from the group assured me it was a story worth sharing. I finally released my book, Twenty-Eight Snow Angels: A Widow’s Story of Love, Loss and Renewal, in 201l.

A year later I took the leap from memoir to fiction and decided to write a historical novel.  Inspired by a Japanese neighbor, who had spent several years in a U.S. Japanese internment camp, I decided to dig into this often untold story. After three years of writing and research, I published Courageous Footsteps A WWII Novel. I hope my book will open readers’ eyes to the hardships and injustices thousands of Japanese families—two-thirds of which were American citizens—experienced during WWII. This young adult novel is both informative and engaging. A valuable read for high school students, adults and book groups. I am currently working on the sequel, Footprints in the Snow. 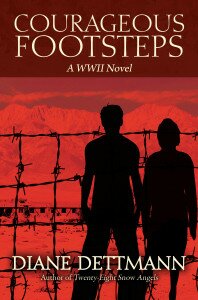 *WHAT PEOPLE ARE SAYING*

Ann Wolff, President of the Stillwater Library Foundation reviewed the book and wrote, “Once read, Courageous Footsteps will not be forgotten. Teenagers, Yasu and Haro, show resiliency and courage in face of unwarranted hardship and injustice. It’s an important story—relevant even today—that needs to be discussed, remembered and hopefully will inspire the reader with the courage to stand on the side of justice.” 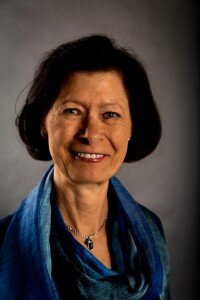 Diane Dettmann is the coauthor of Miriam Daughter of Finnish Immigrants, a story about her grandparents’ settling in Embarrass, Minnesota in the 1920s. In 2011 she released her own memoir, Twenty-Eight Snow Angels: A Widow’s Story of Love, Loss and Renewal. Her debut young adult, historical fiction book, Courageous Footsteps: WWII Novel, has received excellent reader reviews. The 2015 Great Midwest Book Festival awarded Courageous Footsteps “runner-up” in the young adult category. Diane has presented her books at local venues and international conferences in Finland and Canada. She is also a contributing author for the national Women’s Voices for Change organization in New York City. Diane lives in Afton, Minnesota.