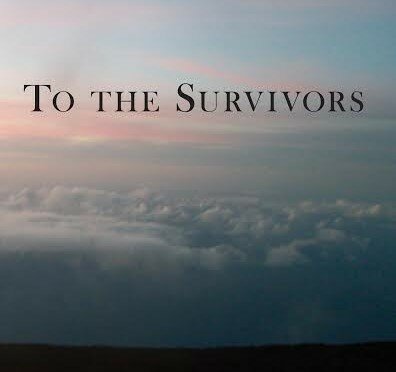 We’re excited to welcome Robert Uttaro to the Highlighted Author. After many years working as a rape crisis counselor, he was inspired to write about his journey — the countless horrors, the endless battles, and the priceless victories. This is not a book for the faint of heart, but one for those who believe in triumph over the toughest obstacles and redemption from the deepest, darkest places. Enjoy the feature! 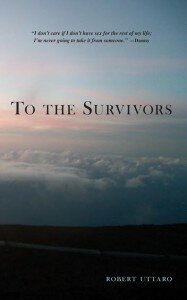 One Man’s Journey as Rape Crisis Counselor with True Stories of Sexual Violence.

Here is a list, God, of everything I’m never forgetting.

Burns on her legs.

Impressions of his hands around her neck.

The all over purple-ly skin.

will not do the internal part of that effing kit, no.

(I hang back in the waiting room as they implore her for hours and pray they will…oh-my-god…stop raping.)

will not say his name, no.

(She gives up, writes alphabet letters only kind of true; no matter love, I understand you.)

My brother-in-law in rare tears the morning not-one-of-us-slept after.

Silence all these years.

And the prize for speaking? A brand new horror show.

Doesn’t seem worth it now or ever.

Not after a hundred hospital showers.

Her fear of the past.

Her fear of today.

Her fear of tomorrow and every hour before and after this moment.

The stares of strangers and remembering when.

(I’m struggling not to vomit. We’re trying not to live this.)

“Can they see it on me?” She wonders like before.

She says prayers, but not like the ones she prays when he comes home to decide, “I miss your mother” and “You know, you’re so pretty.”

Try again. I see a light in the sky.

Your heart is broken.

My heart is broken.

-A poem Jenee wrote in response to visiting her friend in the hospital who was beaten, choked, burned, and raped.

The video cannot be shown at the moment. Please try again later.

I never thought I would volunteer at a rape crisis center. I always knew rape and sexual assault existed, but for most of my life I did not seriously consider ways in which I could help those affected by sexual violence. I could not imagine that a large number of people actually experience such an evil and detrimental horror as rape is, but unfortunately many do. Never in my wildest dreams did I think I would help play a positive role in the healing process of rape and sexual assault survivors, educate people, and be active in the fight against sexual violence, but often times our lives go in different directions than we plan or expect.

Sexual violence is very complex. Given that, I will not speak for every human being who has been affected by this crime. This book is by no means a blue print of how all rapes and sexual assaults occur, nor will I tell you how to feel. I do not have all of the answers to the many difficult questions that arise when discussing sexual violence, and I obviously do not know everyone who has experienced sexual violence. This book is about my experiences as a rape crisis counselor and the survivors I have met who felt strong enough and comfortable enough to share their stories with me and you. I have my opinions and ideas about different aspects of sexual violence, but neither I nor the people you will soon meet speak for humanity. Everyone’s story is his or her own. Everyone’s story is different. Growth and healing is different for everyone.

Sexual violence is not only a violent crime, but it is also a serious health issue. It affects people’s bodies, minds, hearts, and souls. I do not wish to name anyone’s experiences or claim knowledge of all the effects people may feel as a result of sexual violence, but I do know some things. I have learned that many survivors of sexual violence feel shame. Shame directly causes a variety of negative health issues, including mentalities about one’s self and behaviors. I hope to attempt to alleviate some of that shame through this book.

This book is not about statistics. The statistics are certainly out there; you can research and read them for yourself if you want to. I, however, will not share or focus on statistics because I do not want to treat people as numbers. Also, I believe rape and sexual assault are the least reported violent crimes. If it is true that these are the least reported crimes, then that means most of the people who experience these crimes are not represented in those statistics. To me, giving flawed and inaccurate statistics of rape and sexual assault is a disservice to those who do not report.

I believe there are many justified reasons why most people do not report, but I will mention two major reasons: First, many survivors do not report because they fear they will not be believed. Many have an image in their head about what a victim should look like because of the media and therefore will not report. Second, it is extremely difficult to report a violent crime against someone that is known to the person. Most survivors know their perpetrators, and the relationship between them makes reporting even harder than it might have been if the crime were perpetrated by a stranger. The bottom line is none of us will be able to understand the full extent of how common sexual violence is based on statistics because the statistics are only a fraction of what really occurs. 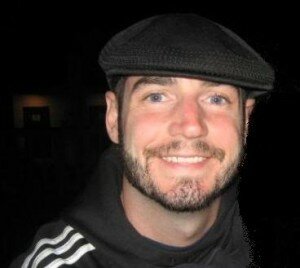 I currently reside in Boston, Massachusetts and am in my eighth year of working as a rape crisis counselor, public speaker and community educator. Inspired by my undergraduate studies in Criminal Justice, I continue to embrace a life-long commitment to activism and advocacy for survivors of sexual violence. I support rape survivors and their significant others through various health, legal, and case management issues. I also facilitate workshops aimed at education, prevention and exposure of the realities of sexual violence.

I did not consider myself a writer and never once tried to write a book until one experience changed my life. This experience was a dream I had. I woke up from this dream and said, “I have to write a book”. I interpreted this dream as a vision from God. I prayed to God, moved from the bed to the computer, opened up Microsoft Word, and continued to pray. This is how the book To the Survivors began.

“A moving series of survivor stories… This book is both informative for the general public and supportive for those who have suffered sexual abuse. It is hard to imagine that members of either group will not gain from reading it.” – Publisher’s Weekly Starred Review

“To the Survivors weaves together many candid accounts to form a brave and alarming exposé of assault. It is a worthwhile, eye-opening project.” – Foreword Clarion Reviews

“An engaging examination of a painful subject, with a focus on healing and forgiveness.” – Kirkus Reviews

“To the Survivors is quite a read. It’s informative.  It is very compassionate. It is insightful. I think you have presented more than one perspective. And you haven’t done it from a positioning of one-sidedness. You really have covered quite a few different perspectives, both of those that have been the victims of this horrific act and those that want to help. So I really think it’s quite a powerfully packed book. To the Survivors is a very powerful one.”     – Donna Seebo, The Donna Seebo Show